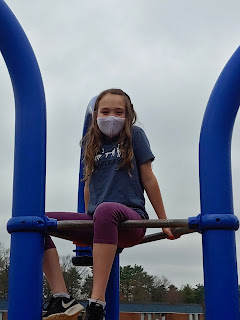 2020-2021 will be a year to remember!  Even with all the changes, it was a fantastic year.  I will miss all of my Nuttall Nation 5th Graders!  They were a remarkable group.  I wish them all the best at CMS.
Post a Comment
Read more 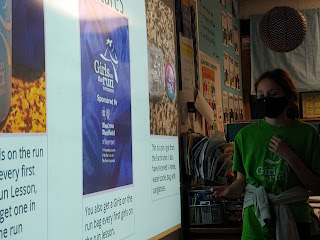 Dare Projects and students having some fun dressing up Darin our Dare Lion.  Congratulations to Veronica for being our 5th Grade Class Dare Project Winner!  She did an amazing Google slide presentation on Girls on the Run.
Post a Comment
Read more

Donations for the troops 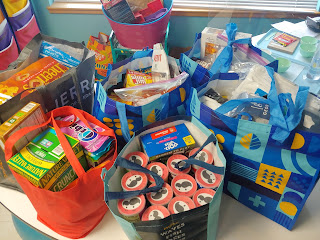 Summit 5th Graders collected donations of food and other items to send to the troops.  A big thank you to Landon, Mason and Keegan and their families on their generous donations!
Post a Comment
Read more 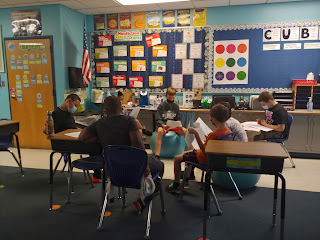 Over the last few weeks of school students have been participating in several readers theater scripts.  The class worked on and presented Robin Hood and Stone Soup as a whole group.  In small groups students worked on scripts that focused on Greek Myths (Revenge of the Gods, Curse of the Winter, Medusa and Hercules), along with Fairy Tales & Fables (Chinese Cinderella story  & Lion and the Mouse.)  A small group of girls even presented a script titled Lavender, which was written by our very own Zoe with editing support from Selah and Anna. Readers Theater helps students to work on their fluency and speaking and presenting skills.
Post a Comment
Read more 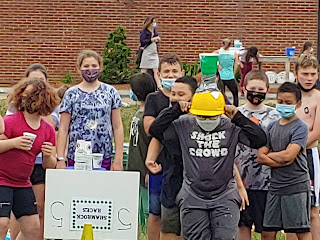